You are here: Home / All posts tagged Sony
06 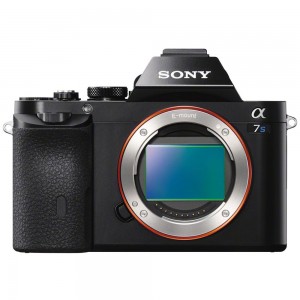 The Sony Alpha a7S Mirrorless Digital Camera is a full frame sensor mirrorless camera making it the smallest and lightest full frame camera with interchangeable lenses in the world. The Alpha A7S is a 24.3 megapixel camera with embedded phase-detect AF that takes the weight out of the mirrored DSLRs without losing the exacting quality.

The A7S resembles the old school 35mm film cameras. Simple in design but solidly built the body measures 5 inches long by 3 ¾ inches high with an amazing 2 15/16th inch thick. It weighs in with battery and card at 1pound 1 ounce.   Sony stepped up to the plate with the A7 line making it Wi-Fi compatible with almost any operating system. It shoots at 5 frames per second with shutter speeds of 1/8000th of a second to 30 seconds with an ISO range of 100-409,600. It comes with both auto and manual focus. The LCD is a nice 3’ tiltable design that is easy to see even in the harshest of light. One beauty of the A7S is the ability to accept almost any lens with a third-party adaptor. It will easily take the old but true manual focus lenses as well as all the new lenses available.

The highly customizable internal menu system is logical and easy to navigate if not slightly overwhelming in the sheer number of functions, 46 in total and settings. The external dials and settings are extremely convenient therefore using the internal menu is not often needed.

It is repeated over and over that the A7S is not suitable for fast action shooting and performs best for stills or moderate action shots like an animal running versus a soccer ball zipping across a field. Another common complaint is the noise of the shutter more than likely not suitable in quiet environments. The A7 is an E-mount with a full frame sensor and the E-mount lenses don’t work well unless in crop mode and can cause vignetting thus using the lens adapter and other lenses makes for a better option.

The image quality of the Sony Alpha a7S Mirrorless Digital Camera is excellent. The details are sharp, nice colors and accurate exposure. The kit lens is more of a problem than the camera and it is suggested to use your own lenses and disregard the kit one. There are reports of losing skin tone and detail on portraits but it is not enough to not shoot portraits with the A7S. The A7S performs well in low light up to the 1600 ISO range. Beyond that noise creeps in. The onboard noise reduction also is lacking and better to be handled in post processing.

Overall the Sony Alpha a7S Mirrorless Digital Camera has an extremely excellent image quality, a dazzling array of functions and settings, a top-notch view finder, Wi-Fi capabilities and is adaptable for a wide variety of lenses.   On the down side, the kit lens is not on par with the camera itself, the battery life is quite short lived requiring a second battery, it is not great with high speed action shots and the shutter is noisy. It is a great field camera for the weight, size and technology.

Make an offer on a new Sony Alpha a7S now.